Ever think you would get to eat an ice cream bar in the middle of a Main Salmon whitewater trip? Well, stopping at Buckskin Bill’s at The Salmon River’s Five Mile Bar will allow you to do just that! 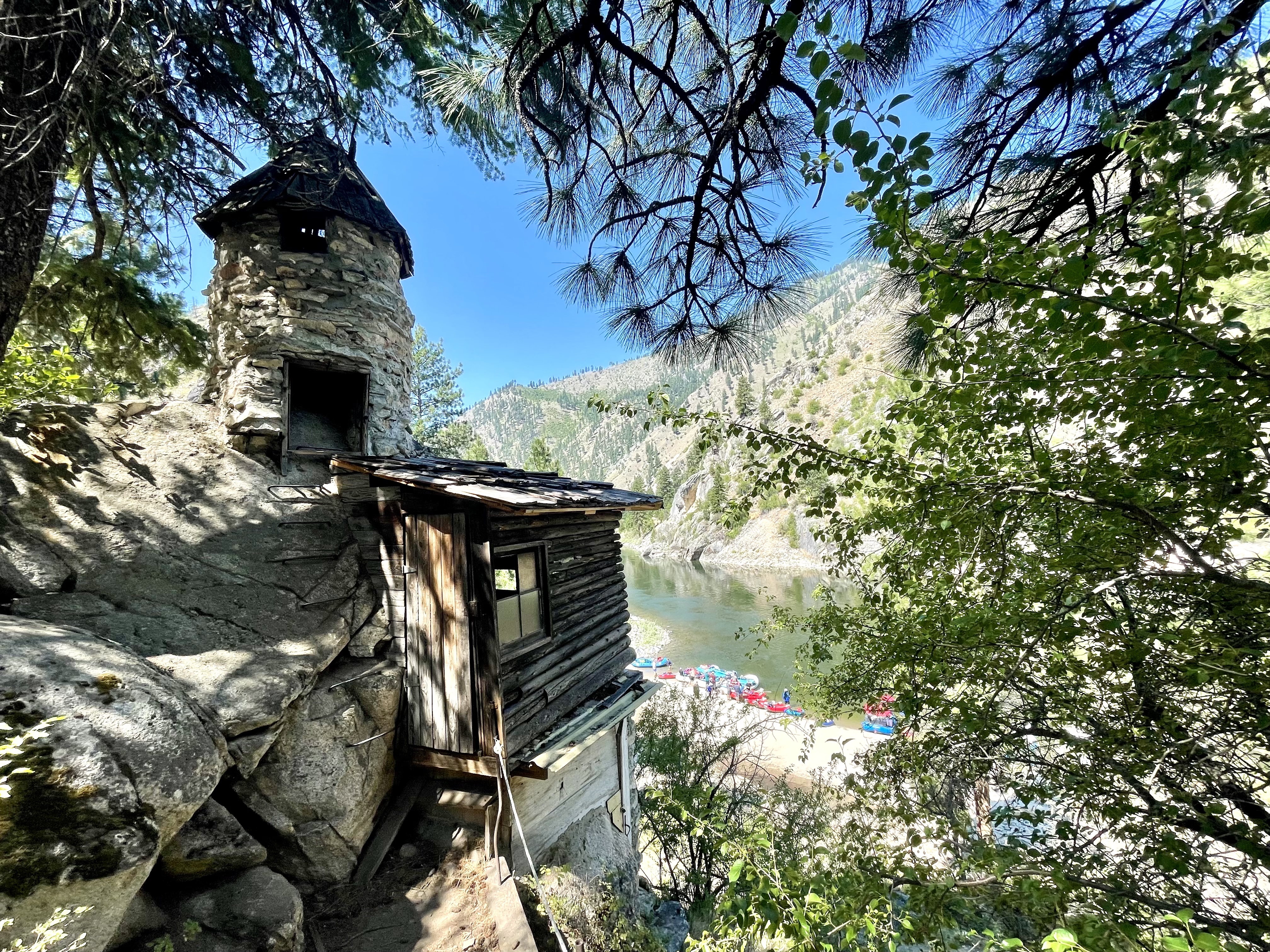 Who Is Buckskin Bill?

Born in 1906, Buckskin Bill (or Sylvan Ambrose Hart) was raised in Oklahoma Territory. He received the name “Buckskin Bill” due to the tanned hides that he would use as clothing. In 1932 he made his way to Five Mile Bar and decided to make it his home. During this time, Buckskin became a true mountain person. He would spend his time fishing, hunting, raising crops, along with making his own clothing and wine. When Buckskin would make his rare return to civilization, he would primarily spend his money on books and tea.

Although living out in the wilderness was the best option for Buckskin, he was extremely versed with his education. Studying at Oklahoma University, Buckskin received a well-earned degree in engineering. Even more impressive, he also studied Latin, Greek, French, German, Russian, Swahili, Portuguese, Spanish, and Norwegian. Even though Buckskin seems like an outdoor man living off the grid, he obviously has a love for studying and learning new skills.

Although Buckskin lived a primitive and simple lifestyle, he was extremely protective of his land. During his time at Five Mile Bar, he was not threatened by much… except for the National Forrest Service. Throughout the time that Buckskin spent on the Main, the National Forrest Service decided to try and dub his land a Primitive Area. Therefore, this meant that no human habitation would be allowed.

As you could imagine, this caused an issue for Buckskin. In an act of defiance, he built a gun tower that looks over the water. Although it was never used in any act of violence, it still stands today for guests to climb up to and look around.

In the end, Buckskin Bill died a mountain man. He lived on the Five Mile Bar until 1980, the year that he passed away. Today, visitors can explore his home which contains all sorts of collected and handmade items. Along with the items that Buckskin made, visitors can also inspect the impressive assembly of different animal skulls and bones. Next time you float down the Main Salmon, make sure to stop by and cool off with an ice cream bar and check out all of the fun trinkets that are around Buckskin’s home.