Save the Fish, Dam the Politics

It is no secret that the Salmon River is a special place. There is an immense amount of history, stories, and delicate ecosystems that are nestled into the framework of this beautiful area. One of the most extraordinary phenomena that occur here is the Salmon runs that return to the Middle Fork and Main Salmon. This is one of the wildest and most scenic parts of Idaho, which also happens to be the place that the Salmon return to each year.

These Salmon live their life in six stages: egg, alevin, fry, parr, smolt, and adult salmon. Throughout their time as eggs, alevin, fry, and parr, the Salmon live in the stream that they were born in and will eventually return to as an adult (1-3 years). Once Salmon enter the smolt stage, they let the water push them to the Pacific Ocean where they will adjust to the salt water and live their life at the confluence of the Columbia River and the Pacific Ocean.

After spending 3-7 years in the Pacific Ocean, the Salmon will swim all the way up the Columbia River, Snake River, and Salmon River to make it back to the place they were hatched near Stanley, Idaho. This is so that they can spawn and lay their eggs in a familiar place where the next generation of Salmon will be hatched. However, this is not an easy task considering that there are eight dams that stand between the Salmon and their final destination in Central Idaho. According to studies that have been done surrounding Salmon populations, 2% of Salmon must return in order to maintain the current population. However, this is lower than the desired amount of a 4% return rate. The alarming part of this study is that since Salmon have to swim through eight dams in order to return to Idaho, there is currently less than a 1% return rate. As of now, the state of Idaho has spent over $17 billion trying to solve this problem with no improvement to the Salmon return rate.

Currently, we have the opportunity as a generation to fix an environmental mistake that has created a negative impact on the environment. This would be taking out the four dams that currently sit on the Lower Snake River. Removing the Lower Snake Dams would not only create another free-flowing river but would also largely benefit the ecosystem. When the salmon move from the Pacific Ocean back up to the Salmon River, marine nutrients are pushed into the rivers. This largely benefits the ecosystems due to the fact that these rivers would otherwise be low-productivity rivers and not otherwise obtain these essential nutrients. Overall this benefits the plants, animals, and water systems along the Columbia, Snake, and Salmon Rivers.

The dams that are currently reducing the rate of Salmon return are located on the Columbia River and Lower Snake River – ultimately creating eight barriers that the salmon have to navigate. However, we are currently at a point where the dams on the Lower Snake River either need to be rebuilt or be taken out – and we are pushing to have them removed. This is so that the fish have fewer obstacles and therefore have a higher chance of making it all the way back upstream to lay their eggs. There has been a large amount of controversy surrounding this subject, which has also brought forth an ample amount of questions. Some of these questions can be answered here. Idaho’s 2nd District Republican Representative, Mike Simpson, is pushing to have the Lower Snake River Dams removed in order to help support the Salmon runs. This is an extremely beneficial push for this movement due to the fact that the 2nd District covers almost all of south-eastern Idaho – therefore creating a large amount of pull for Simpson’s plan. His plan will include input from the Northwest delegation, governors, tribes, and stakeholders. Evidently, this project is on a tight timeline and  will cost a vast amount of money, but, it will also help revive the fish populations and furthermore the ecosystems that surround these rive

Ultimately, the fight to remove the Lower Snake Dams is a fight for the environment. No matter what political alignment you belong to if you believe in the survival of the Salmon you should be spreading the word of “Save the Fish Dam the Politics”. One way that we are showing our support here at Rocky Mountain River Tours is that we painted our busses to look like fish that go up and down the Salmon River every day for our white water rafting tours. This is a visual reminder that the fish in this river are a prominent part of our ecosystem and should be returning to the headwaters each year.

If you are curious about the Salmon River and the systems that surround it, join us on a multiday trip down the Middle Fork of the Salmon or on the River of No Return. Both of these trips are an amazing introduction to the Wilderness area and the rivers that run through it. After going on one of these trips, you will not be able to deny the need to remove the Lower Snake Dams and bring the Slamon back to these headwaters. 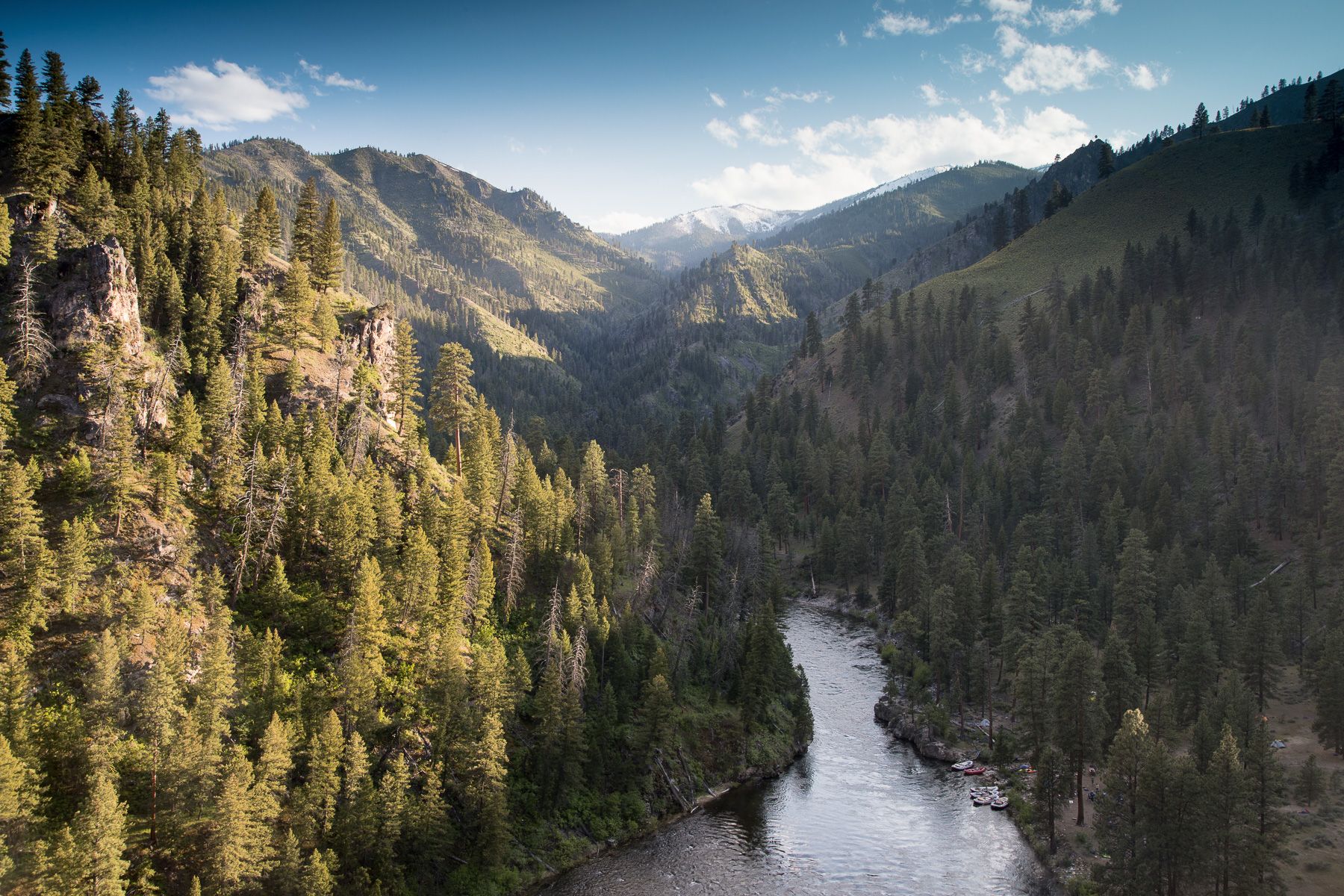