Campbell’s Ferry on the Main Salmon 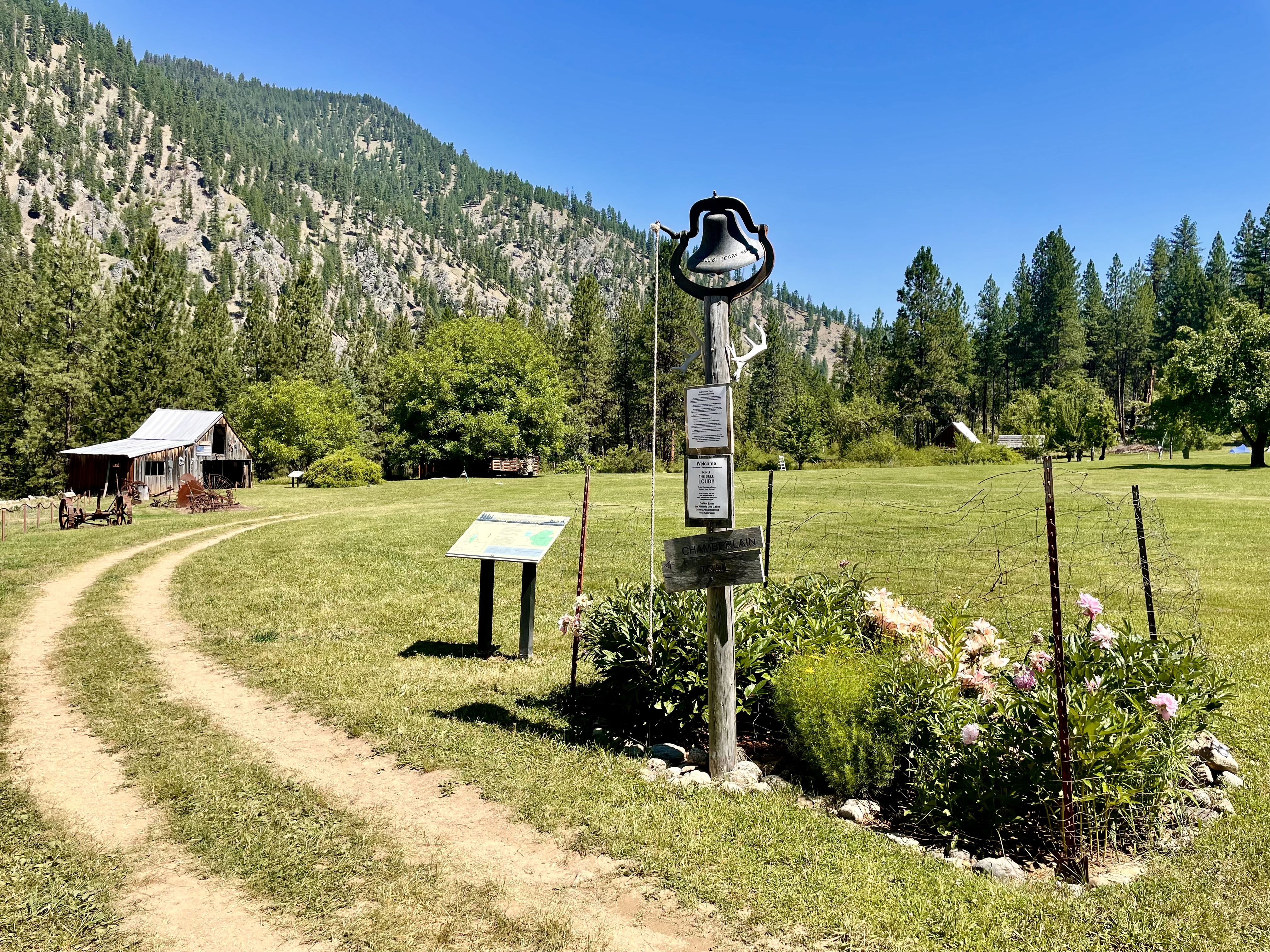 The History Behind Merciless Eden

As you float on the multi-day stretch of the main salmon, you will encounter many sandy beaches, fun pools, and historic sites. One of these sites is Campbell’s Ferry. This river oasis is an eighty-five-acre ranch that was claimed by William Campbell in 1898. Here, Campbell would provide for miners as they were making their way to the Thunder Mountain Gold Mine. Subsequently, this also resulted in Campbell building a ferry across the river in order to reach the mine.

As time went on, the Ferry and its property were passed down to Frances and Joe Zaunmiller. Here Frances and Joe took care of the land, along with preserving the beauty that is found in this Merciless Eden. In 1956, Frances fell ill with throat cancer and her treatment put the Zaunmillers into debt. Furthermore, this resulted in them selling Campbell’s Ferry to John and Mary Crowe in 1959. The Crowes ended up building a small cabin above the potato shed, where they would spend the spring and fall in order to fish and hunt in the backcountry. Even so, Frances and Joe were able to continue to reside in Campbell’s Ferry in the 1906 cabin.

Despite continuing to fight her throat cancer, Frances was able to pursue her writing column along with playing around in the backcountry. Ultimately, this led to her advocating for the airmail delivery system which would deliver to the Air Star Route delivery for Shepp Ranch, Mackey Bar, and Campbell’s Ferry starting on the eighteenth of February in 1958. This was a large accomplishment which in turn, brought many visitors to Campbell’s as travelers and neighbors waited for their commonly delayed mail.

Almost four years later, Joe Zaunmiller passed away in front of the fireplace at Campbell’s Ferry due to a fatal heart attack. Shortly after, Frances headed to town for two weeks where she took care of some personal affairs and got remarried to Vern Wisner. During their marriage, Vern gifted a tree to Frances which she planted outside the cabin and still thrives to this day. However, shortly after their marriage in 1963, Vern Wisner died in 1974, ultimately leaving Frances alone again at Campbell’s Ferry.

As the years went on, Frances continued to live at Campbell’s fairy with help from her neighbors. Along with this, she continued to write her newspaper column which reached far beyond Idaho and its borders. In December of 1985, Frances wrote her last column. Even though she hoped to be buried in the canyon she came to know and love, she was buried in Grangeville next to Vern and not too far from Joe.

Today, Campbell’s Ferry is a place for rafters to stop on their journey down the Frank Church-River of No Return Wilderness. Its caretakers continue to keep the cabins and land in pristine condition. Walking up to this property from the river is unlike any other experience. The only way that you can fully appreciate it, is once you have seen it for yourself. Make sure to check out Doug Tim’s description of the property and its story to take a further dive into history.